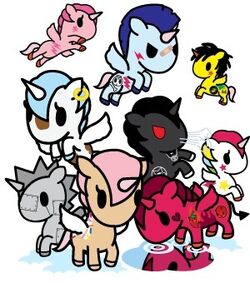 The Original Unicornos are one of ten characters on the tokidoki.it website. They are avalible in figurines. The ten known Unicornos are:

The Unicornos were once simple little ponies that were out trotting and wandered into a magic waterfall. Passing through the waterfall, the ponies transformed into unicorns and found a hidden magical kingdom. The Unicornos live between the magic kingdom and our world.

Due to the small release of this series there wasnt many released as there wasnt as big as a fanbase in 2013, as there is now. So these figures especially the "unofficial" chasers are extremely rare, a few like Prima Donna go for over $400 USD. There was many paint errors which was a major complaint of the series 1 figures. 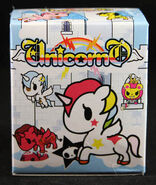 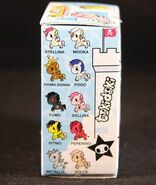 Retrieved from "https://tokidoki.fandom.com/wiki/Unicorno?oldid=5278"
Community content is available under CC-BY-SA unless otherwise noted.